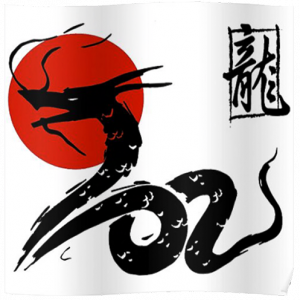 Welcome to Fenikkusu-kai. This is meant as an introductory note, so that everyone who joins the clan know its roleplay background, its overall aims, and also something about the actual, real life, organizations and behaviors that we are fictionalizing here. This note will probably be subject to revisions, so please ensure that you have the most recent version.

Fenikkusu-kai is a clan of “Yakuza” (Japanese-based gangsters). It is a rather Westernized version, and as already mentioned is obviously fictionalized – but having said that, the idea is to make the experience of clan membership, and clan activities, as realistic and as strongly based on the real thing as possible. It is considered a distant branch of the Sumiyoshi-kai (an actual, RL existing clan).

The name of Fenikkusu-kai is quite important to understand. The “kai” part roughly translates as society or organisation (there is likely no such thing as an exact translation from Japanese into English!). “Fenikkusu” is a Japanese  version of phoenix. The equivalent of the phoenix in Japanese mythology is known as Hō-ō, but frankly when a Westerner tries to pronounce that it sounds like they’re having an asthma attack! Hence we’ve gone with Fenikkusu as, aside from the pronunciation issue, that reflects the clan’s partly Westernized character.

The mythologies behind both Hō-ō and phoenix are relevant. Most people are probably familiar with the latter, at least vaguely, the phoenix dying in flames but then reborn from the ashes. Fenikkusu-kai is a rebirth from the ashes of the original “Yakuza” group in Paradise City. That first group died when its founder and leader, Hirotora, very sadly passed away in RL. We still very much honor his memory, and that of all our predecessors; in the Akasaka bar, you can find a memorial book for Hirotora, and the Wall of Fame dating from the original group. We move on into the future, but we remember and honor our traditions. The Hō-ō is said to appear, often in a kind of mated pairing with the Dragon, at times of great change and usually as a harbinger of prosperity. These are, indeed, times of reawakening and change in Paradise City.

Another important point to note is that members of so-called Yakuza clans neither like nor use the term “Yakuza”. It’s a description that was given to the gangster clans by orthodox Japanese society, and originates from their beginnings among itinerant gamblers and beggars – it can be translated as “losers”! The clan members themselves generally prefer the term “ninkyō dantai”, with the meaning of “chivalrous organisation”. While remaining proudly outsiders from the rest of Japanese society, they also regard themselves as community guardians, and frequently engage in charity work, even mobilizing on a large scale to assist with search and rescue operations after earthquakes and other catastrophic events. 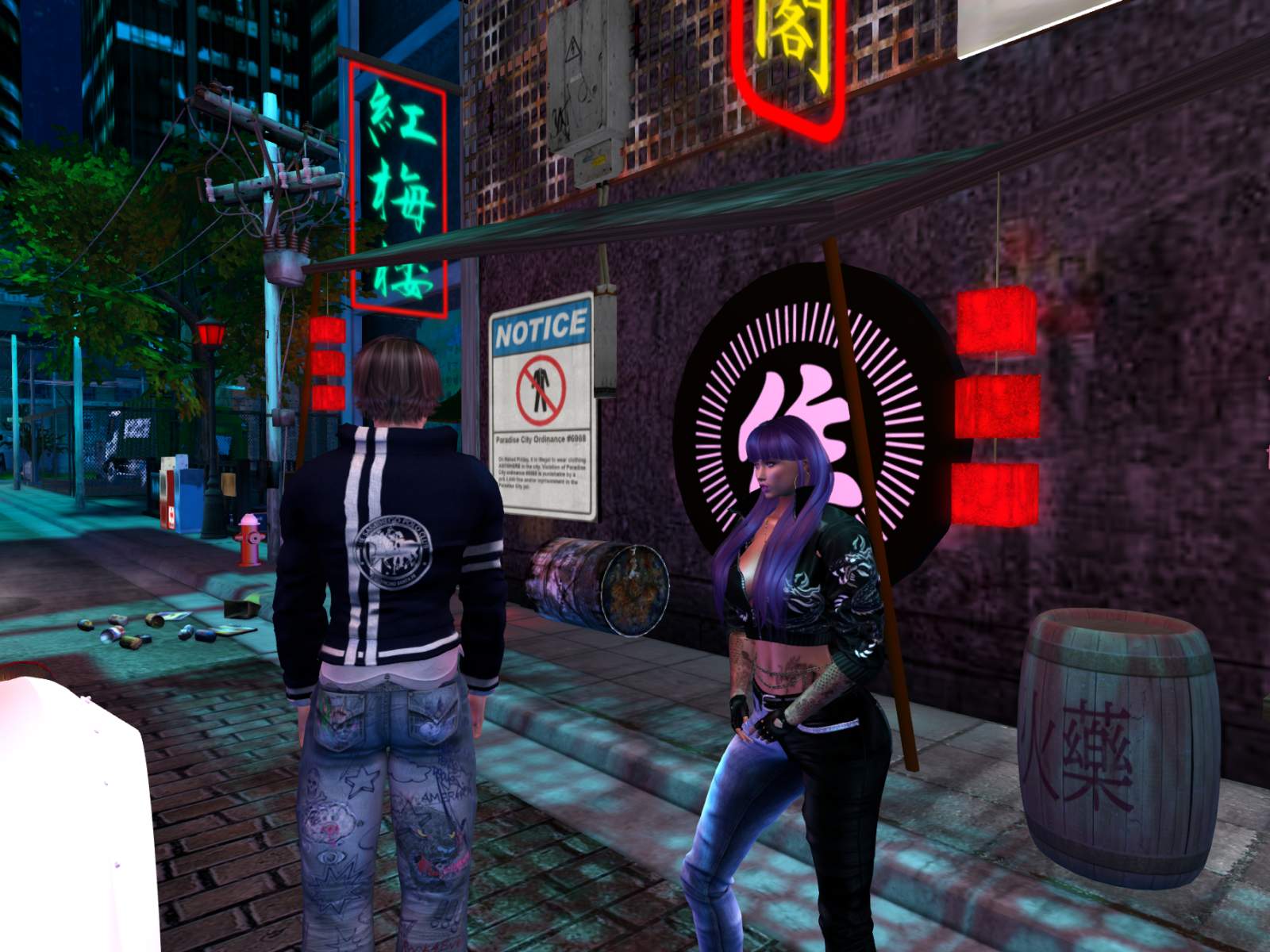 In our roleplay within Paradise City (and elsewhere), we try to reflect that reality. Fenikkusu-kai are certainly involved in a variety of supposedly criminal activities. We run prostitution and gambling, sell drugs, organised protection rackets, engage in smuggling, and so on. However, we are also protectors of the community – particularly Chinatown, which we regard as home territory and a stronghold, but we will also act to protect the wider community in Paradise City as and when that becomes necessary.

There are certain principles that underpin the behavior of ninkyō dantai. The clans regard themselves as FAMILY, not merely a loose association. As a general rule, courtesy to fellow clan members, and a sense that you are in some way an inheritor of the samurai tradition, will keep you on the right path. More specifically, we can define the code of behavior by these three essential points:

JINGI. This is a complicated concept, and in effect a binding code in RL, but for our roleplay purposes we have taken some liberties. Jingi can be summarized for now as “justice and duty”. Each individual is supported within the clan, but also has responsibilities. We also believe in fairness, among ourselves, and in correct behavior.

LOYALTY. The clan will stand shoulder to shoulder with you. Always stand alongside the clan. We take care of our own. To borrow an overused phrase from the Three Musketeers, the motto could be, “All for one, and one for all”!

RESPECT. Especially towards clan seniors – if they have rank, they have earned it – but respect should be shown for all clan members. This is family, remember, a tight knit group. Unnecessary dramas, and disrespect for senior members, will not be tolerated and may be punished.

As with the RL clans, the Fenikkusu-kai is a hierarchical organization (absolutely not “an anarcho-syndicalist peasant commune”!), with power flowing from the top down to the lower ranks. The various ranks and their Japanese titles are:

The Japanese titles will appear on your group tag. As far as the titles are concerned, we have substituted “soldier” instead of “foster child” as the Kobun title, in order to avoid potential misunderstanding.

These additional, largely courtesy, titles may also be used sometimes:

Ane-san (little sister) = wife/partner of Boss (really, don’t ever risk calling Oyabun by this title unless you get to know her VERY well!)
So-honbucho = headquarters chief.

A last thing to briefly comment on, for now…Like much of Japanese society, life in the clans is bound up with all sorts of rituals, in spite of or perhaps because of their outsider status these are regarded as very important. At least some of this will find its way into our roleplay clan as it develops – these are still very early days – but one that is immediately important is sakazumi, or sake sharing. In RL this is quite an elaborate ceremony. We’ve simplified it considerably in SL for obvious reasons, BUT you are not regarded as a FULL member of the Fenikkusu-kai until you have been accepted via sakazumi, until that point you are still a probationary member and must earn your place as kobun.

We know this is quite a lot to take in straight away, and for all the efforts toward realism we are basically here to have fun with the roleplay, so treat this as reference not as the Absolute Law to be learned by heart. But we all get the most out of things if you can integrate these elements into your character.